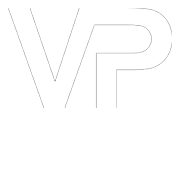 About me: The story so far…

Born mid 1963 as the eldest of two brothers, I discovered my love for music and photography at a fairly early age.

I started playing guitar when I was about 10 years old and started playing in bands at age 15. The (electric) guitar was my main instrument, but I also played drums, bass guitar, and some keyboards.

At age 18 I purchased my first camera, a RevueFlex AC-2 (licensed Chinon) SLR camera with a 50mm and 200mm prime. Inspired by concert photographs in album artwork and music magazines, I started taking my camera to the occasional concert that I visited. Not knowing how to market my ‘work’ (remember, there was no internet back then) and with the advent of metal detectors at concert venue entrances, this hobby slowly ended.

From my mid 20’s to mid 40’s music and photography took a back seat to my career as an IT specialist and building a home and a family. A traumatic divorce in 2007 caused me to reflect on the choices I’d made in the past and I realized that I had seriously neglected my passion for music and photography. I also noticed that the metal detectors at concert venues had disappeared, which gave me the opportunity to revitalize my old hobby and take my (digital) SLR to concerts again. Just for the fun of it.

Through the ‘magic’ of social media the management of American band Flying Colors contacted me about a series of photos that I’d secretly shot during their filmed performance at 013 in Tilburg (in September 2012) and had uploaded to my Facebook page. Eventually one of these photos ended up in the artwork of Flying Colors’ live-cd/dvd/blu-ray “Live in Europe” (2013) and some others found their way into their press kit.

This publication enabled me to formally photograph some great musicians and artists live in concert over the past few years. Whenever possible, I try to work directly for artists or their management, but keep an open mind about shooting for magazines, webzines and blogs if the opportunity arises.

In 2015 Flying Colors released their second live album, “Second Flight: Live at the Z7”, and this time around all photography in the artwork except the front cover were shot by me. Flying Colors’ third live-album “Third Stage: Live In London” (2020) features a photo by me on the front and rear cover as well as on the inside of the album. My photos have also been used for the album “One Of A Kind” (2018) by keyboardist Don Airey.

I’m currently a member of the Doornroosje photo crew, occasionally photograph live performances for Zware Metalen, Catching Music, Greenhouse Talent, Background Magazine, and I will try to acquire a photo pass for artists that I really like when they’re in the neighborhood.

You can reach me through the Contact page for assignments or for licensing information.